It is hard to believe that time runs so fast for me here in Japan. Now I have been staying here for five weeks and still I got to see only a small part of the Kansai region. It would probably take a whole month just to visit Kyoto with all the temples and shrines. In the past days and weeks I visited the imperial palace in Kyoto, which was the royal family’s residence for a long time. Nowadays they live in Tokyo and the palace in Kyoto is opened for public. In former times there were a lot more buildings on the area, but the houses considered as not so important have been removed. This is because in case of a fire, the essential parts of the palace can be saved from buurning down. On a guided tour through the palace I learned some more interesting facts about the residence. For example there are many wooden beams, which are painted in white. The white colour is made out of sea shells and has the effect that the beams do not perish so fast. The palace is constructed earthquake-resistant as it is built directly on the ground without any fundament or something likely. So if the earth is shaking, the building just swings along with the erruptions. Another interesting characterist is the L-shaped embayment in the Northern part of the wall around the area. Oni (Japanese demons) are associated with the North-East, so many Japanese buildings have these embayments in the North-Eastern part of the territory, also sometimes temples are located in the North-East, so they can protect the houses from the Oni. 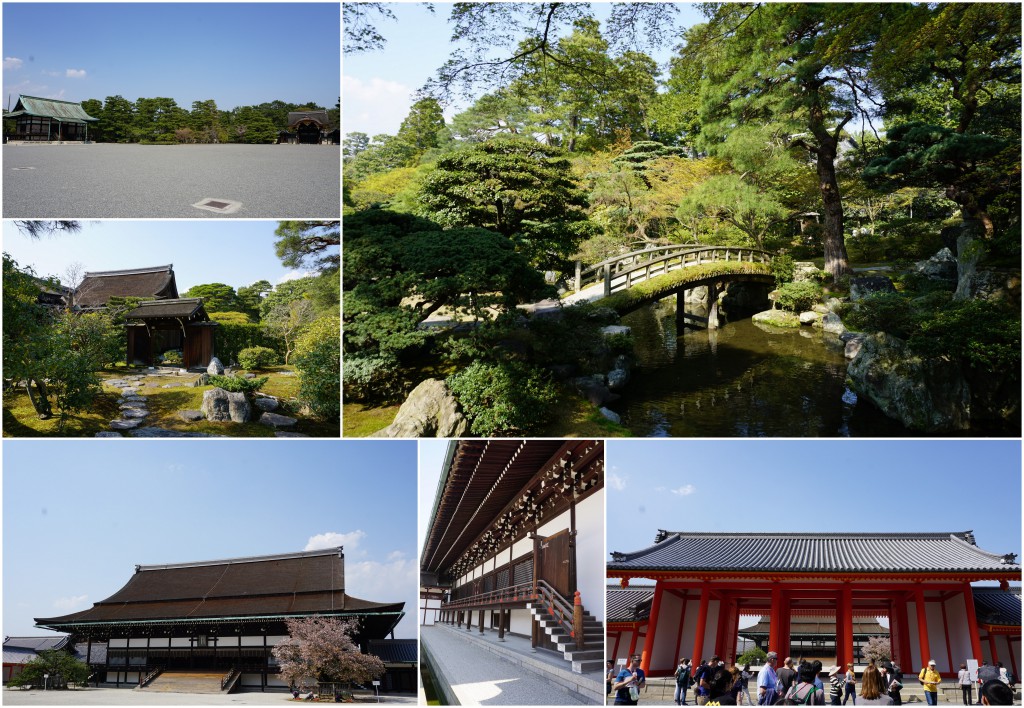 Another day I visited Kobe, a town on the other side of the bay of Osaka. It is a 30 minutes ride by train from Osaka for the 35 kilometres distance to Kobe. Mrs Ikawa, a friend of Mr Okamoto, guided me personally through town. Kobe is one of the biggest ports in Japan and an important transfer site for many external goods. A very manifold kitchen can be found in the city of Kobe, even bakeries with German bread. Kobe is located between the Rokko mountains in the North and the sea in the South, so man-made islands (Rokko Island, Port Island and the Kobe airport) were banked up on the shore of the bay. This leaves more space for the citizens‘ houses in town. In the Northern part of Kobe there is the foreign national quarter with many beautiful residences in European style, nowaday opened for the public to visit. Personally I liked Kobe very much as it is slightly more quiet in the streets. 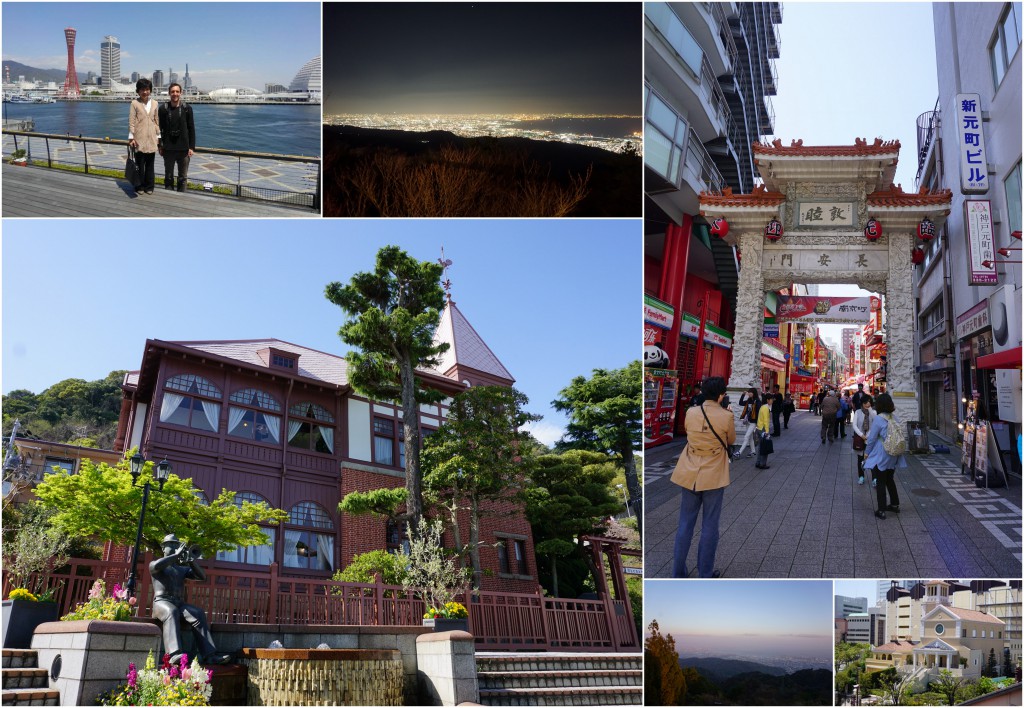 Nara was to visit next on my list. Famous for the many old but well preserved temples I can not help but thinking that the free-running deers steal the show from the stony sights. Nara is, like Kyoto, a popular destination for school excursions. As I arrived at Nara, the town was full of tourists and children in primary school age, who were absolutely keen on petting and feeding the deers. On the side of the roads you can buy cookies for annualised one Euro everywhere to feed them to the animals. The Todai-ji temple is the biggest wooden building in the world and shelters a giant bronze statue of Buddha. On the other side of the Nara park there is the Kasuga-Taisha shrine which charmes with its huge amount of lanterns seaming the path to the shrine. Deers can sometimes be seen between the mossy lanterns, a vision of magic! 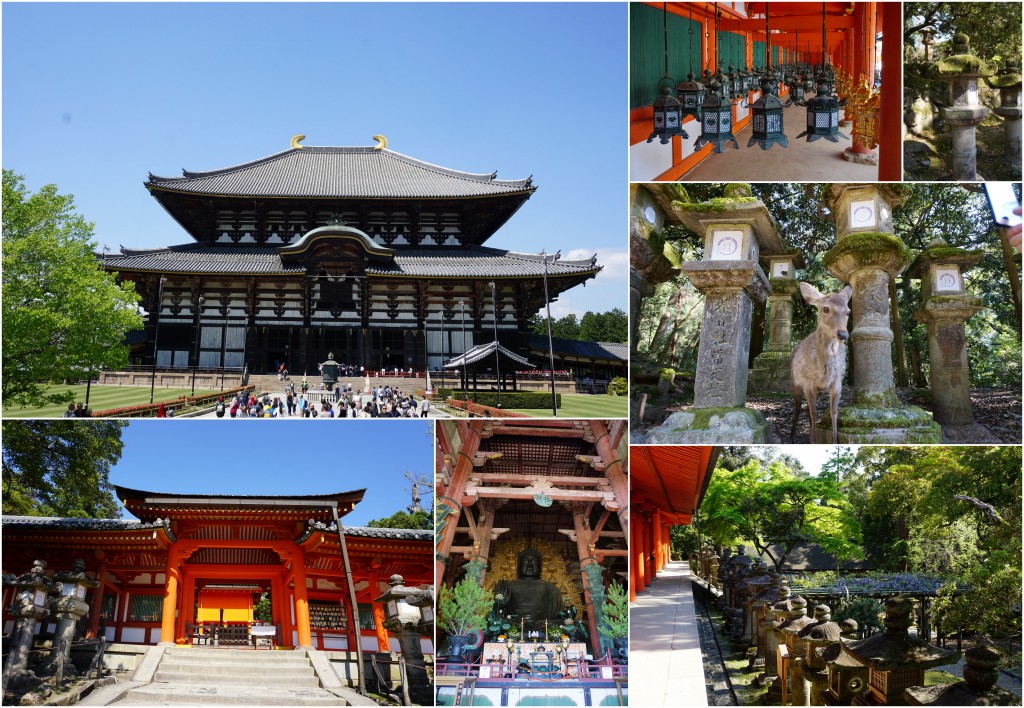 Beside my trips to the different cities in the local area of Osaka, Mr Okamoto also took me on a tour to Amanohashidate, the „Sky bridge“. We went there together with members of the Rotary Club. Early in the morning our bus started to the spot located in the North of the Kyoto prefecture. We made our first stop at an old fishing village where we marvelled at beautiful old fishers‘ houses, followed by a little boat trip. We were prepared for the possibilty to feed sea gulls on the boat tour, but we were very lucky and even could attrackt eagles with our food. The shy birds picked our treats directly out of our hands! For lunch we rested at a little hill and had some delicious Sashimi, some of us also made a stop at the restaurant’s Onsen before heading on to Amanohashidate. The weather on our trip could not have been any better, so we had a magificent view on the sky bridge from Kasamatsu park. The sky bridge is actually a 3,6 kilometres long, naturally arrised beach with snow white sand, grown over by pines. To see the „bridge“ you have to stand up backwards to the beach, bend over and look through your legs, only then the illusion of a bridge in the sky is visible for the eyes. The coastline is considered as one of the three most beatiful coastal landscapes in Japan, and everybody who has been there, knows why this is. 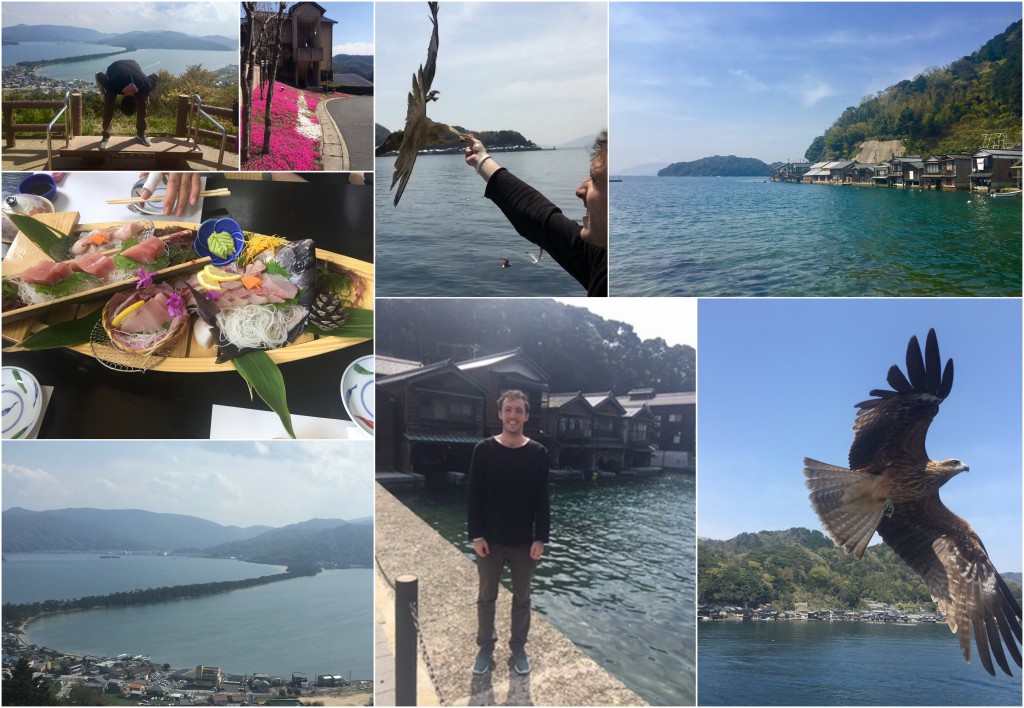