In the beginning I had read a lot about Japan, looked at some documentaries and talked to friends who had already been here. All this information developed the wish to travel to Japan once in my life. I wanted to see for myself whether everything was as different as everyone had told me it would be. But honestly, nothing was able to prepare me for life I have encountered here. For two months now I have been living in Japan, and today I would like to give you another update on what has impressed me in the recent weeks and what has left me pondering. 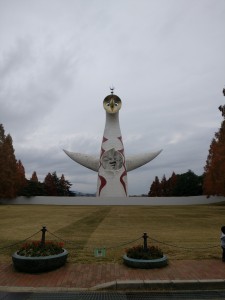 The cities of Osaka, Kyoto and Kobe are said to have only 15 million inhabitants. If you look around in the streets and pay attention to how much is going on, it is hard to believe. Everywhere there is a lack of space. In the railways, in the apartments, in restaurants or even in front of them. On the streets life literally pulsates. Meanwhile I have conquered the railway network, but to get from A to B here you need at least 45 minutes. The most problems arise when you have to ask someone to show you the way, because one simply cannot expect that anyone speaks English in Osaka. The problem of language has crystallized itself to be most problematic in the last few weeks. I have learned the Hiragana / Katakana alphabet, which seems not to be used in everyday life. Daily routines like trying new restaurants or differentiating the supermarket spices have turned out to be my most difficult tasks. 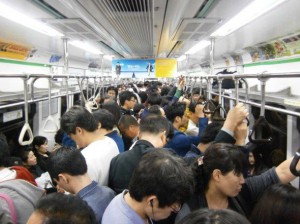 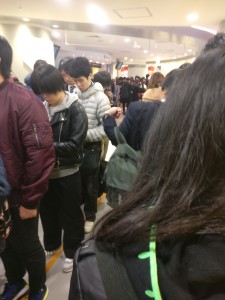 Nobukatsu asked me if I would be willing to help at one of his almost endless social projects. Glad that I was able to give something in return to this country, I immediately agreed and met him at the station. He explained that he had founded a group which offers free tutoring to young and non-privileged children. Since I was educated bilingually and my English -based in Japanese standards- is probably not far behind that of a native speaker, so I was appointed the job of teaching English to the children of a “Junior High School”, especially training their speaking skills. Many of the children seemed happy to have the opportunity to meet with a foreigner and made real progress in our lesson together. At the same time, I learned what the everyday life of a student in Japan looks like. School, sports / musical training, followed by learning in groups. This seemed to me to be very strict, but on the other hand, it also made me aware of why Japanese can endure and live such a strict life. They get to know and accept it from a young age on. 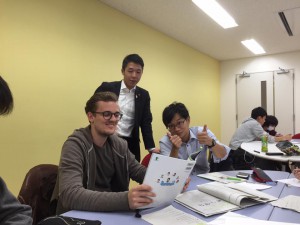 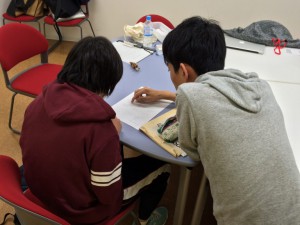 After the lessons, I went out for dinner and a beer with my new “teacher colleagues”. The “nice guys” even let me order by myself. I am still not sure what I said, but it must have been right, because the cook and waiter laughed loudly together with me.

I am still taken aback on how Nobukatsu and his colleagues have been working for the education and support of others. I would like to let everyone involved know that my deepest respect is with them and I hope that others will join them and help, too. 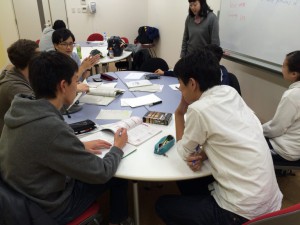 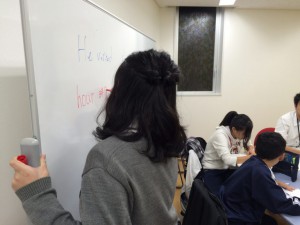 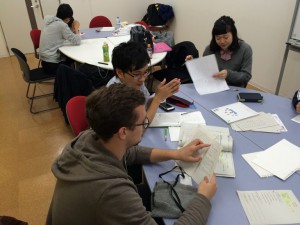 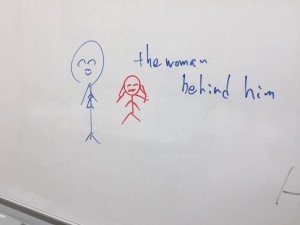 Osaka also has a different side though. One, that you might not immediately notice as a European. It is incredibly quiet here, even on busy squares or markets. There is almost devotional silence in the railways. Everything is clean, there is no rubbish on the streets. I actually did not see a single graffiti on the walls anywhere in Osaka. The Japanese are incredibly polite people, very reserved and accommodating. Showing emotions does not fit here. Meanwhile it is clear why Japan is one of the countries with the highest suicide rate, as I had read in an article in the “Süddeutsche Zeitung” shortly before my departure. This is the reason why, one can find various barriers in front of the platforms of railway stations. Installed so that no one can plunge them self onto the tracks. Social and professional pressure seems to be incredibly high. However, there are practically no possibilities to let off steam, unless you are celebrating or drinking. In due of this course even the Japanese can be noisy. In clubs the mood is definitely good. 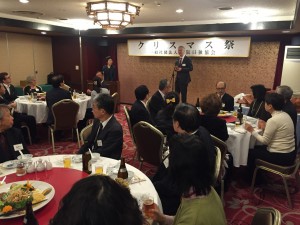 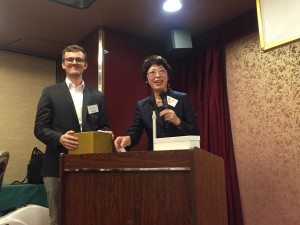 One of the things I have been particularly impressed by is that every day, countless people go to the temple sites of Japan to cleanse their minds and to ask for happiness for their families. The Japanese people are deeply conscious of tradition. Not only the older ones, but also the younger generation. Two generations, side by side, looking for spiritual enlightenment. 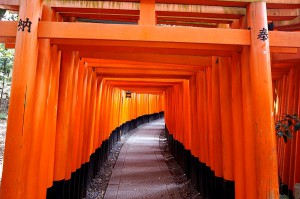 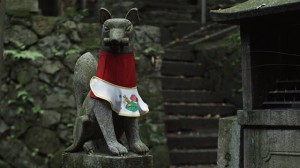 Japan can be colorful, can be wild, beautiful and sometimes even insane, too. And I am just beginning to understand why I have fallen in love with this country and would like to return some day.  But as I said before. Nothing can prepare you for Japan. You have to experience it yourself.