Before traveling to Japan many people told me that the time will pass by really fast. Right now I realize that more than ever. After two months in Japan my views extremely changed. Never have I thought that I would meet such lovely and diverse people.

During the ‘Golden Week’ Mr. Okamoto signed me up for a RYLA course outside of Osaka. RLA stands for ‘Rotary Youth Leadership Awards’. These events, day seminars or weekend meetings are there to held you specify on teamwork and your own personal development and improvement. Some ways of making this happen is by organizing group projects, hikes an multiple kids of trips. 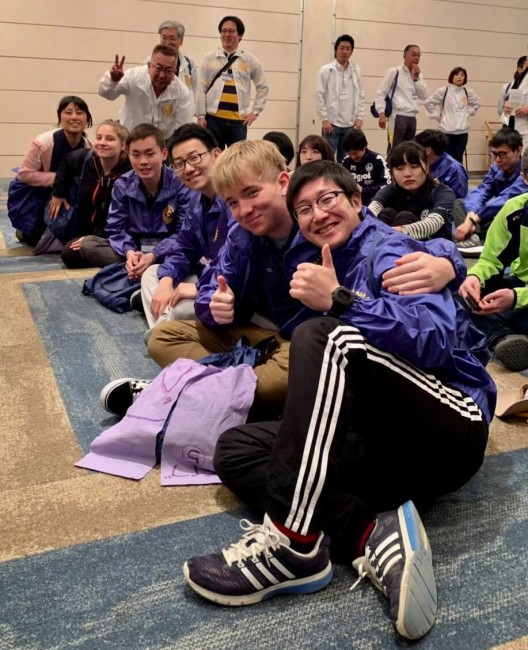 As someone being part oft he Grünwaldfoundation I was the first one ever to attend such an event. At the arrival all participants were split up in to rooms equipped with traditional Tatami-mats. I was in a room with a bunch of young ladies. Although not everybody was fluent in English, we connected right away. Our accommodation where we 200 participants between 16-30 years old housed, offered besides wonderful food their own hot spring. 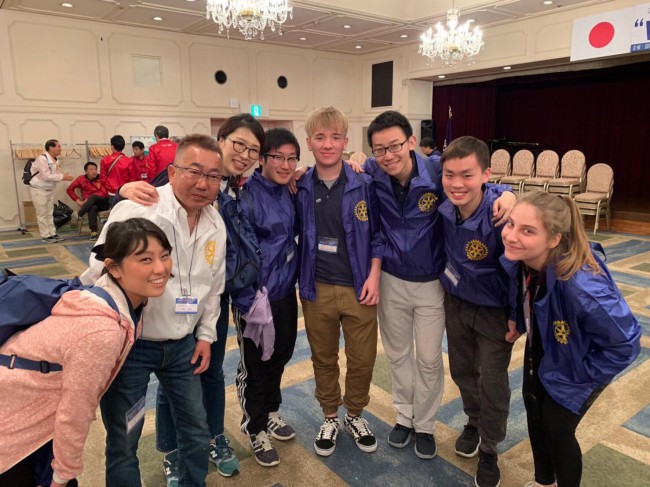 In the evening some of my roommates told me that they would visit the Onsen and asked if I would like to come with them. Of course I immediately said yes because, this was a unique chance! My clumsy and awkward way of handling the very ne wand unfamiliar situation in that Onsen really amused my colleagues very much. All in all I tried not to take it to serious and after all the girls explained me patiently the process in an Onsen. For example there is a special way of tying your turban. Visiting an Onsen fort he first time with such lovely, understanding and diverse women was truly a magical experience. Even though we all came from different parts oft he world (Japan, France, Korea, Malaysia, China, USA etc.) we all felt the same. 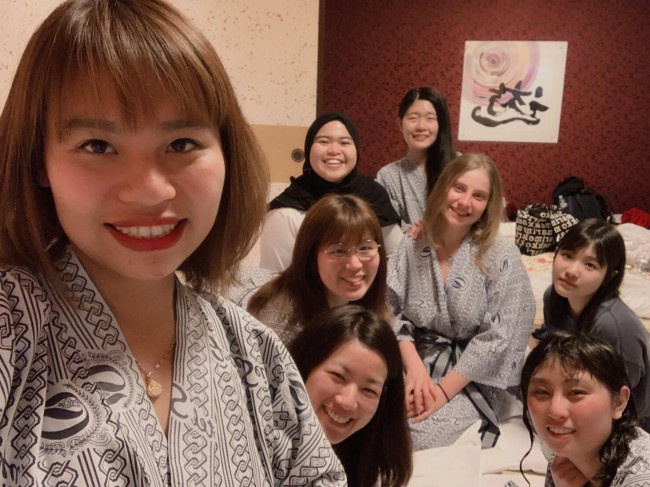 This reminded me that women around the world have to stick together to be powerful and protect each other. It doesn’t matter where you come from or where you have been to, the only thing that matters is to empower and support each other.

In the following week I visited seaport Kobe fort he very first time. I met Nobuko and Naoya Ikawa there. Once a month the married couple prepares together with members of the local church community meals for people in need. This time I had the opportunity to help them. 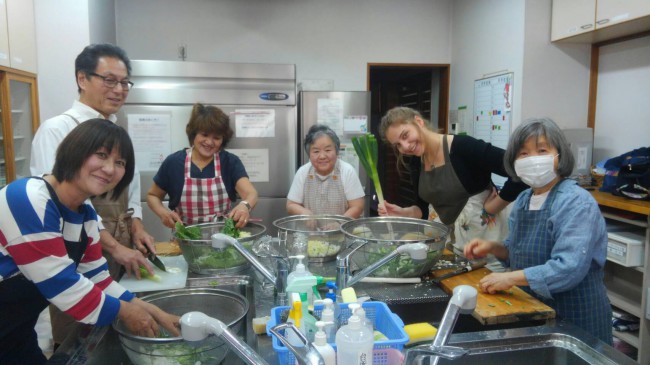 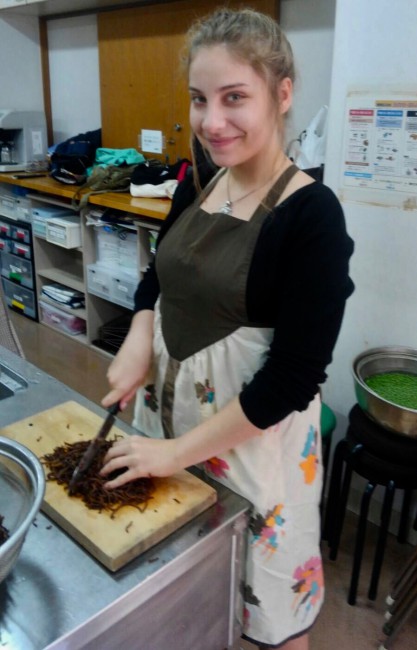 With eight other volunteers prepared  the chinese dish ‘Chuka Donburgi’. It was enough food for everybody including ourselves. Shortly after the meal everybody helped together to clean and organize the dishes. Some oft he people we provided with food came up to me to thank me personally to for cleaning the dirty plates. Some of them even  helped us out and others collected the uses dishes. By taking turns everybody was able to help in all areas, therefore only after 45 minutes everything was tidied up. It shows that everybody hast he possibility to help and to support people in need. Frankly. we are all able to sacrifice a few hours a week to make a positive impact on someone’s life. 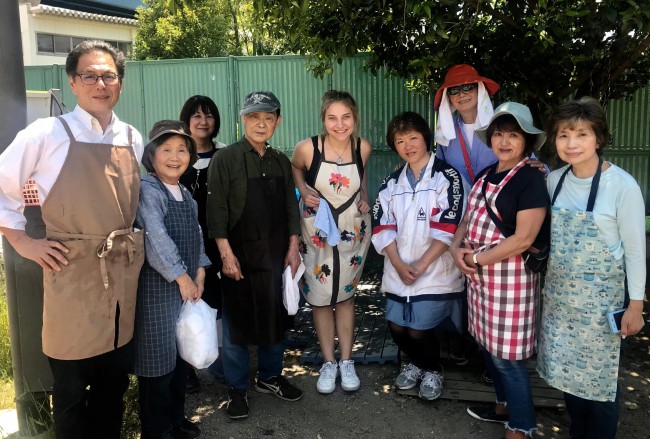 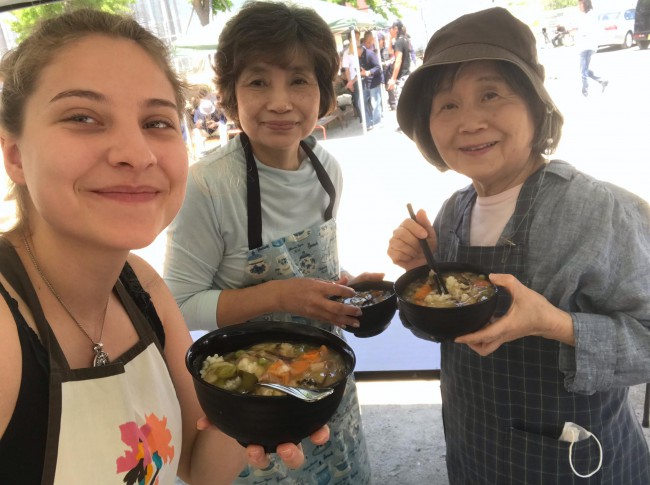 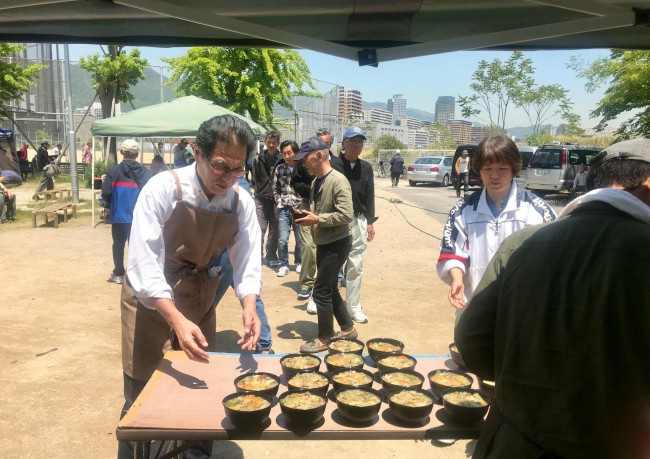 In the evening Mr. And Mrs. Ikawa showed me Mount Rokko and behind the mountain village ‘Arima Onsen’, one oft he oldest bathing resorts in Japan. It was not as busy and full of tourists as other places I visited. So the trip was very calming and soothing in contrast to the mostly very crowded life in other cities. 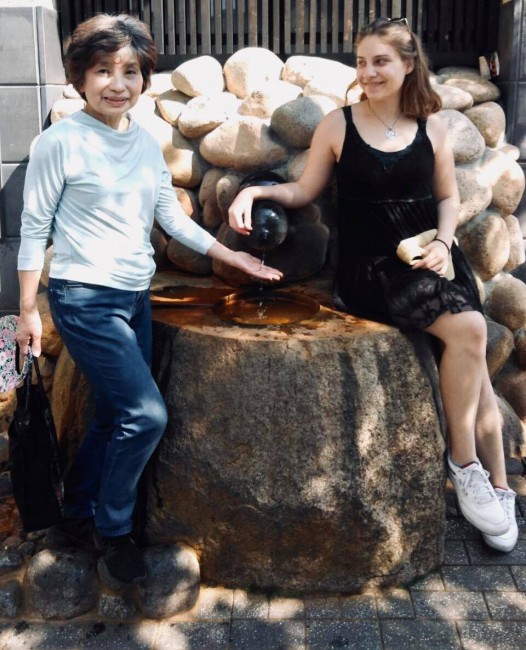 On the same evening Mr. Okamoto , I and about 40 other people were invited to a prime dinner with selected wines. At first I really had an odd feeling. A few hours ago I was standing in a tent with my apron on, helping to make meals for people in need and now I am sitting in front of an excellent four course meal with fancy wine. It was truly an amazing dinner and evening. We had a lot of fun but still sometimes I wandered of with my mind to my lunch in the tent together with the volunteers and the people in need. Even if it was something complete different, it was at least as wonderful as my dinner. 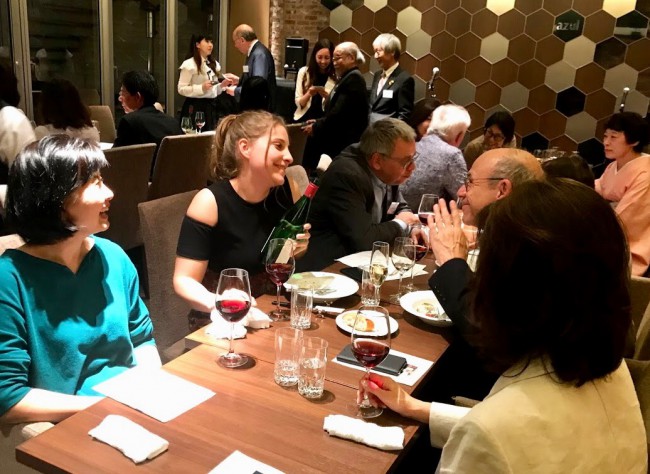 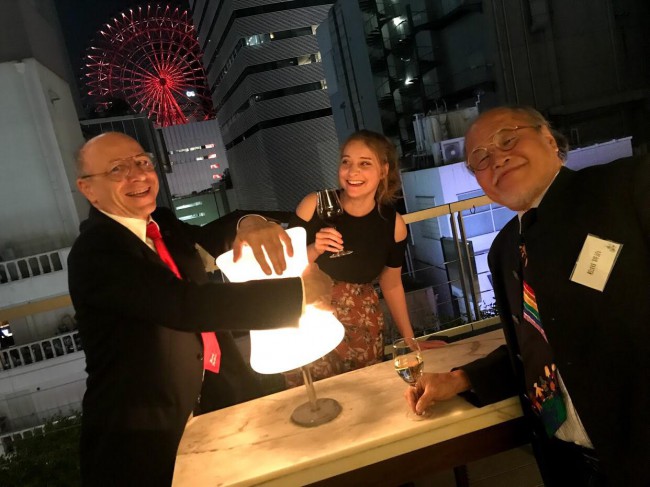 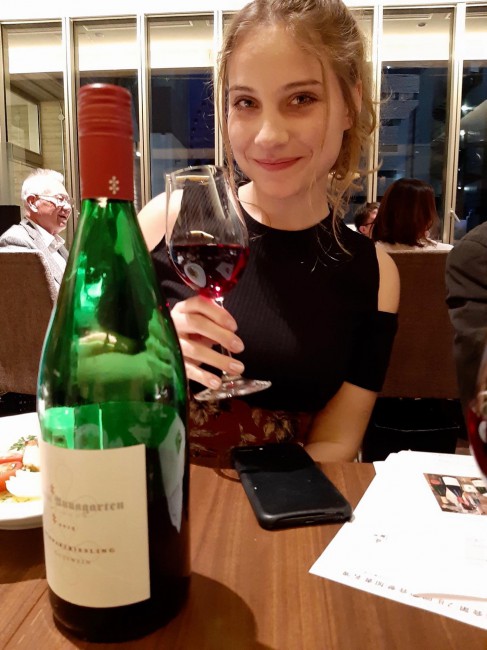