The 8th building of Grünwald is named after a noble name which means “the crown of the Virgin Mary”in German. It is a European-style building, which has white walls that are outstanding in the quiet residential area. It is a very accessible place, only a few minutes away from JR Suita Station.

The outer appearance is entirely unified by white tiles, white sashes and white window frames, which is a design which evolved from an image of conventional Grünwald buildings.
This building was created so that residents can enjoy quiet residential lives: there are 16 spaces for families, couples and singles.

The figures of swans stretching out their wings are at the entrance: this building will become a new talking point of the town.

The completion of this building will be in January, 2010 and we are currently taking applications for people interested in living here. You will be able to move in by the End of January, 2010. 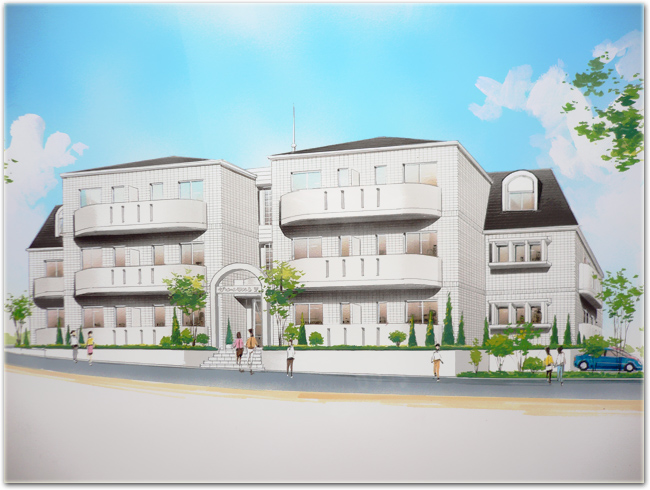