During the past two weeks, I went on a hiking trip to Mount Rokko with Sakura, Mrs. Ikawa’s daughter and a friend of hers. While the sun was shining bright and temperature had reached pleasant 25°C, we finally got to the top of the mountain after a 2,5h hike. There we had a wonderful view on the Osaka bay in the South-East and the wooded mountains in the North. After a short break, we went downwards again, heading for Arima Onsen, which is one of the oldest Onsen in Japan and a hotspot for many (also Japanese) tourists. The hot thermal springs are said to have a healing and vitalizing effect on the body. At this place, we rested in the hot water for about an hour, besides men and women have to use separate bathing facilities. After that we returned to Kobe by bus.

Arrived at Kobe again, Mrs. Ikawa and her husband invited us to dinner at their house and we got the opportunity to have an interesting conversation. By chance there was a parade held at Kobe that day, on which many young people attended. They push a chariot all in all four times through town, starting early in the morning until the end late at night. This is all accompanied by loud music and traditional dances. 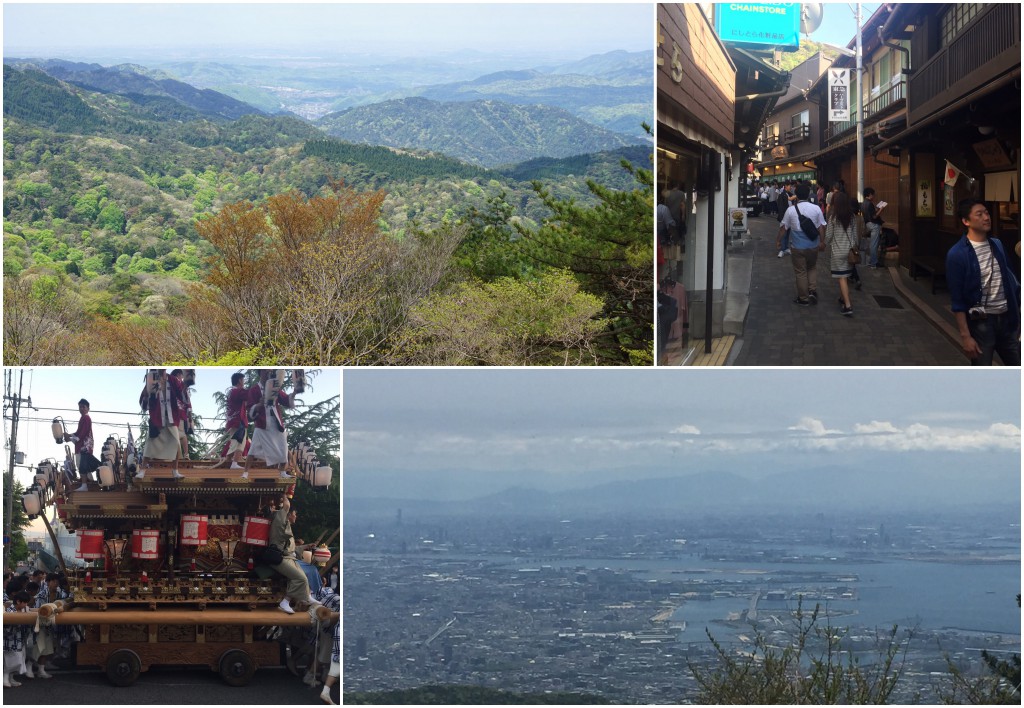 Because of the hot temperature we have at this time of the year, I decided to visit Kobe Beach for one day. After arriving at JR Station “Suma Beach” there appeared a long, sandy beach in front of me. In the summer the beach is crowded by sunbathers, but in this season the beach was nearly empty. I arrived there at approximately 11 o´clock and I could count the visitors with two hands. After two hours sunbathing I went to the Suma Aqualife Park. This Aquarium exists for more than 60 years and houses hundreds of different sea dwellers. The Aquarium’s highlight is (besides the Dolphin Show) surely the underwater tunnel made of glass. You can go through a tank with Amazon fish and get a special view on the underwater world. Later I decided to see more of the beautiful Kobe Harbor for the rest of the day. 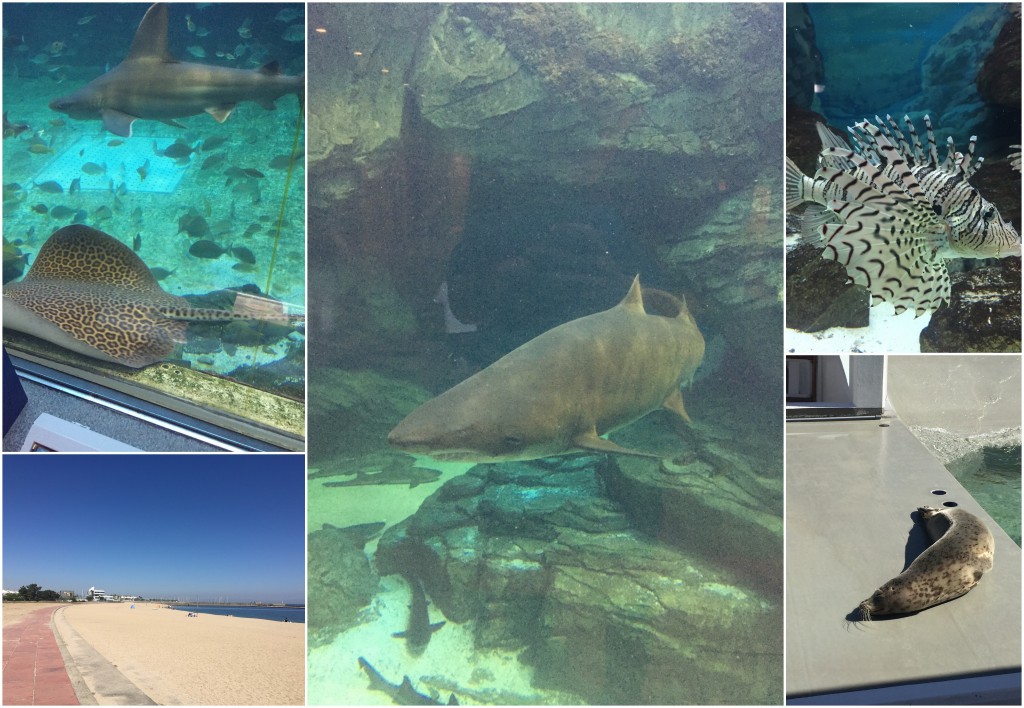 15th of May, I was lucky to participate at “Aoi Matsuri”., which is the oldest festival at Kyoto and has it origins in the 6th century A.D. Back then, many natural catastrophes shattered the region and destroyed the harvest. To comfort the Gods, the Emperor launched ceremonies and rites at several shrines of Kyoto. These ceremonies became “Aoi Matsuri” in the course of time. The festival is visited by many hundreds of people every year. It all starts at the Emperor`s palace, passing the Shimogamo Shrine, finding its way until the Kamigamo Shrine, where a ceremony is held. During the festive day, the streets of Kobe are crowded with people, so many Japanese watch the TV broadcast of the event. 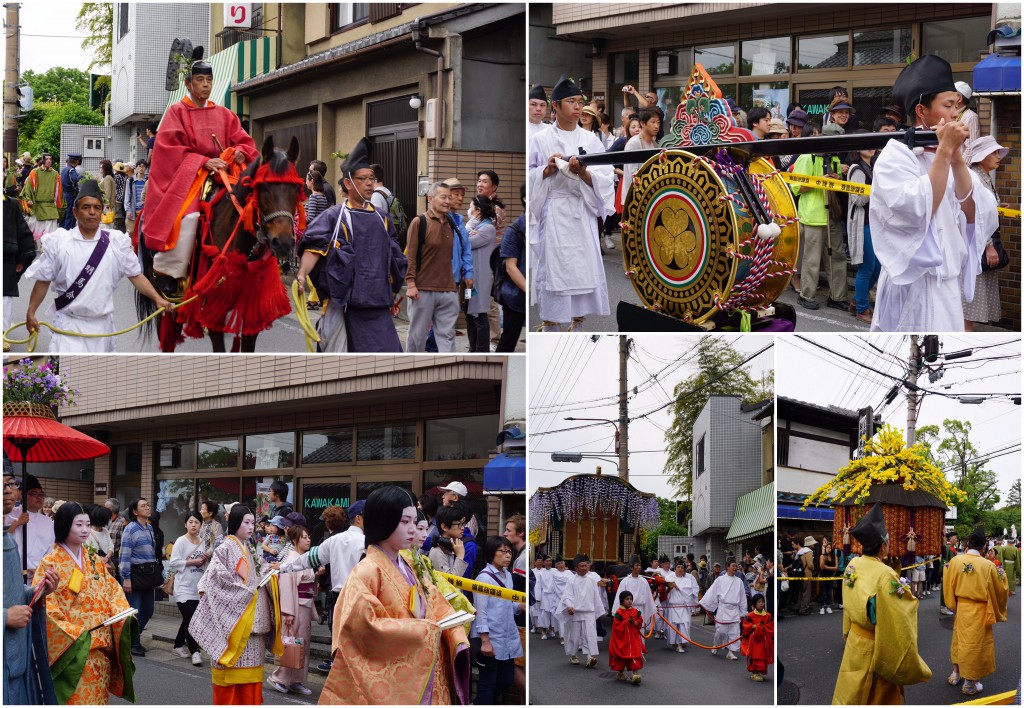 Another day I visited the golden temple „Kinkaku-ji“, one of Kyoto’s top sightseeing hotspots. Pushed tightly on one another, the people try to take photographs of the golden, four-panelled pavillon on the temple ground. Originally only the highest level of the pavillon was shining in golden colour, but after the temple burned down in 1950, it was reconstructed five years later and the other floors were painted in gold as well. Walking up the hill on the temple area, you get by a small house, a place where you can attend a traditional tea ceremony. Even though there are many visitors in the temple area, the garden surrounding the small house is very quiet and offers a pleasant atmosphere. After my visit of Kinkaku-ji I walked approximately 15 minutes to Ryoan-ji. The Zen-temple is famous for its rockery. There lay 15 rock blocks in a bed of small pebbles. It doesn’t depend on the angle of your view on the rockery, you can never see more than 15 of them. There is also a restaurant at the temple area, where you can eat the special Kyoto dish “Yudofu” with a beautiful view on a typical Japanese garden. 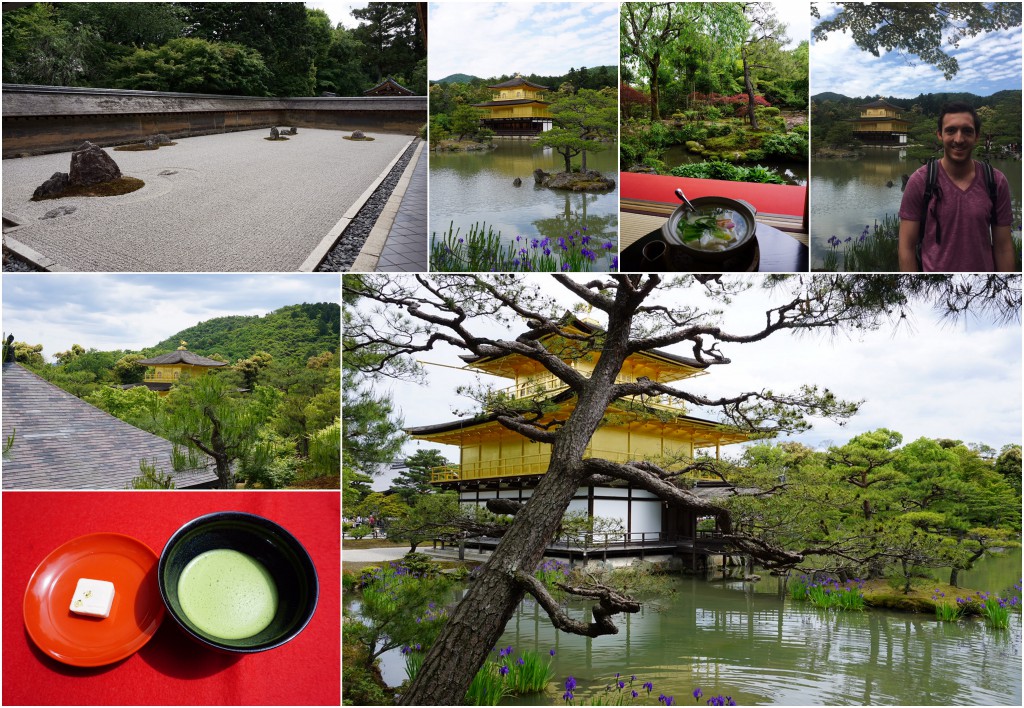 Time has gone so fast, and after two more weeks I have made many new experiences. I am really excited about all of the new impressions I will get to see in the upcoming time!